Vespoidea – The social life of the wasps is characterized by the division of labour. This means that the females and the males are dedicated to reproduction. The workers build the nest, feed the larvae and defend the society. The workers are in actual fact females without reproductive organs.

Come autumn time the society will be dissolved and the workers freeze to death. The males die shortly after mating, while the young expecting females look for shelter, such as attics or outhouses, in order to hibernate.

The females will emerge around April – May time and each one start to look for a convenient place where to form its new nest. Towards the end of the summer a wasp nest may contain 5000 – 6000 individuals. At the same time they tend to slack in caring for the larvae. From late summer, and up till the first frost kills them, the workers lead an idle life and they tend to be in search for sweets. They may become a serious nuisance in bakeries – confectioner’s, fruit stalls and in other food establishments.

In private gardens the wasps can be noticed, especially around the fruit harvest season when people eat outdoors. As they gather around carcasses, garbage bins and similar places they are potential vectors of disease just like common house flies.

Wasps are primarily using their stings for killing their prey. The sting is connected to some glands that produce venom which is related to snakes’ venom.

Reproduction / progression: The females either build their own nests from clay or use already existing cavities in wood where they lay their eggs. Every egg is provided with a supply of insect larvae which the females have paralyzed with their venom. Those insect larvae will eventually become nutrition for the wasps’ own larvae. The males die shortly after the mating.

Wasp Trap Country is an ideal tool for controlling wasps. 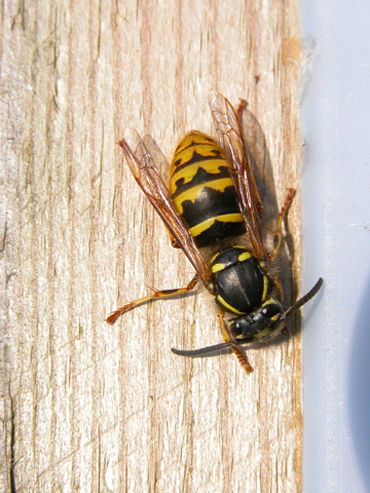